Brenda Rodrigo is the newest member of Macke Financial Advisory Group. She was born and raised in Brooklyn, New York and moved to Southwest Florida almost 15 years ago with her husband, Rafael and their two sons, Corey and Christian. Brenda’s parents moved to New York from Puerto Rico before she was born. Her father was a banker in New York and her mother was a seamstress. Her parents worked long hours to put Brenda, her twin sister and brother through Catholic school. After several years, her parents became entrepreneurs and purchased a retail business as well as business real estate. Her mother, having no formal education, learned how to become a savvy, intelligent business woman learning from trial and error and accomplishing more than she imagined. Her father had a degree from the University of Puerto Rico and was a veteran of the United States Army. Her husband is a veteran of U.S. Army as well. Brenda’s father became a banker where he utilized his organizational skillset and financial sense to become successful in the banking world. Brenda admired her parents to no end and strived to be as successful in her own endeavors. For her it was a tall order, but nonetheless, she worked hard to accomplish all she has.

Brenda began her career in the financial services industry in 1997 as an Administrative Assistant at a large securities firm in New York City. From there she worked her way to acquiring her Series 7 and Series 63 licenses furthering her knowledge in the securities business. She has had several roles in the industry including sales support, compliance, banking, accounts receivable and office management. This experience gave her a clear understanding of how the various moving parts in this industry works behind the scenes.

This present stage in her career has given her the opportunity to become a pivotal member in the Macke Financial team as she hopes to get to know all our Macke clients in time. She also plans to service every account successfully as well as tend to all needs of a productive workplace. She has a degree in Management from Hodges University in Fort Myers, FL and intends to utilize her degree in her new role as the Macke Financial Advisory Group Office Manager!

Outside of Macke Financial, Brenda enjoys spending time with her husband, her sons, and the rest of her family. They enjoy family functions together, traveling, trying new restaurants, going to the theater and attending other events around town. Brenda believes it’s important to give back to her community and her local economy by frequenting the local businesses small and large alike. She also tries to contribute as often as she can to well-deserved charities. One local nonprofit organization that is near and dear to her heart is called My Autism Connection or MAC. Her oldest son is a member and this organization has been a positive life-changer for him and for her family! Their appreciation goes beyond measure! Brenda lives her life being thankful for all she is blessed with especially having her family by her side. Her family thrives on paying their blessings forward to others. They have instilled these good values in their son’s upbringing, and they instilled the notion that kindness is always worth the extra effort. 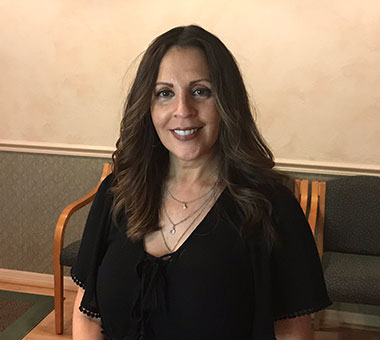