Curtis Harrell is a dynamic member of Macke Financial. Growing up, Curtis’s family owned a multi-million dollar company which, introduced him to the financial realm at a young age. While still in first grade, his father would discuss the difference between revenue and net profit, introducing such concepts around the dinner table and keeping Curtis “in the loop” with the family business. This changed dramatically for the family in 2008 after the stock market crash, which caused the Harrell family to lose everything. Curtis’s father then had to commute for three years to another state in order to provide for his family. Through all of this, Curtis was introduced to many conversations on financing and budgets.

With further financial exposure, through time spent with his father observing stock indexes, Curtis found an interest in the stock market. He wanted to know how it worked and began researching information at a young age. Curtis’s interest led him to buy his first stock in Delta Airlines during the Christmas season. He bought it thinking that the company would do well – but so did everyone else. This cost him and he began to realize that to do well in the financial world, one must be forward looking, and rather than focus on what occurred in the past, predict what the future may yield.

Ultimately, Curtis’s interest in stocks led him to Macke Financial. Looking into the firm he realized that it would give him the opportunity to do what he loves best – meeting new clients and seeing them transition from having no financial plan, even thinking they may not have the option of retirement, to leaving comforted.  At the age of 22, Curtis has become a key addition to the Macke Financial team because of his experience, and passion for helping clients reach their financial potential. He is a Registered Investment Advisor and looks forward to becoming a Certified Financial Planner and getting his Chartered Retirement Plan Specialist.

Curtis is a team player who enjoys fishing, water sports and spending time with his family. He has three siblings, including a younger brother with a severe bone disorder, which he believes has shaped their family to be supportive for one another, and has ultimately showed him that life can change in an instant and that every day is a gift from God. 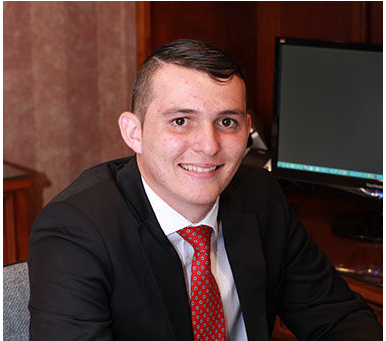 LEARN MORE ABOUT OUR TEAM